Sports bars are more than a place people come to eat, drink, and watch games on television. They go there to relax and spend time with people who share their passion for athletic contests. The ambiance of a sports bar contributes to their enjoyment. Bare walls don't get people psyched for the next football game coming up on television. Adding some NFL stock photos to the interior, however, could set the right tone. Bar managers don't need to be art directors, but they should work at placing the right photos in the best spots. This way, the photos contribute to the positive atmosphere the bar promotes.

Sports photos evoke reactions in fans, especially if the photos bring them back to classic moments in sports history. A photo of John Madden standing next to Joe Namath takes long-time NFL fans back to the glory days of the 1970s. Action photos of a player jumping to catch a touchdown pass during the playoffs remind people of what to expect when the next exciting game comes on. Players raising their arms in victory at a Superbowl's conclusion also evoke an upbeat mood. And putting people into a cheerful, sports-loving mood is what the photos do. And sports bar shares in all those positive emotions.

A sports bar isn't a "generic" eatery where people dine and dash. They hang out, watch sports, and tell stories. The bar needs both the right look and the right mood to deliver such results, and NFL photos help the cause.

A blown-up, poster-like NFL action photograph on the wall facing the front door appears in a "can't miss" location. The appearance of a Hall of Fame player staring at people walking in lets them know they're in the right type of establishment. Some may stare "face-to-face" with their favorite player. They'll know they're in the right place. All those smaller photos on the wall should work fine, too.

Framed 8x10 photos add a subtle decorative effect. Don't place them too high on the wall or else people won't see them. Even if they do, they may not make out the images. And, granted, one or two framed stock photos won't make much of an impression, but you don't want too many of the same pictures packed one on top of the other. The photographs end up blending together and won't stand out.

As a rule, never do anything that detracts from the photos' value. Look around for photos like Madden NFL stock photos and other photos of coaches, players, and games. 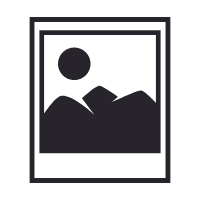 If you enjoy taking photos as a hobby or if you're wanting to expand into professional photography, we welcome you to our blog. We're hobbyists ourselves, but we wanted to learn all we could about photography so we could take extraordinary pictures. In our quest to uncover the best tips and advice about photography, we watched videos, read articles and interviewed experienced photographers. Since many people have a passion for photography, we decided to share our research findings with others. By reading this blog you'll learn about proper lighting, choosing a camera lens and how to decode camera settings, plus techniques to get that perfect shot. We hope that our site is useful to you and that it helps you to enhance your photography skills.